This is post 24 out of 25 in the Cygnus Series of a September of Short Adventures.

Why can't I stop thinking about the mini-game of what may happen when a character needs to train for his or her next experience level? I posted about it before, but now I'd like to add some additional flavor for other events that may occur during the several weeks that the PC needs to spend training. For context, though, read that earlier post first. 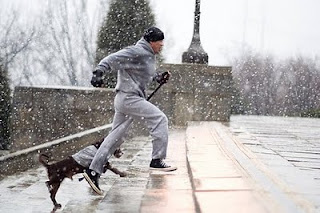 The experience level of the master should be known. In general, it should take PCs longer to find masters of progressively higher level. If DMs want to scatter them across the map of the campaign world, then the smaller number of high-level masters will necessarily be situated further apart. Of course, it's fine to skew the odds a bit so that at least a few very-high-level masters will be findable. This means that at least one or two PCs can stay with a single master for a while... since it could get redundant for each PC to have to go on a fresh quest for a new master every few levels!

The cost for training should follow a more-or-less consistent system that jibes with campaign economics. The standard idea from the 1st edition Dungeon Master's Guide is 1500 gp per level (with many possible modifiers, I'm sure). But some masters may prefer barter, or labor, or they may spy some valuable item owned by one of the other PCs that they decide will do in lieu of the standard fee.

When approaching a new master that a PC has never met before, there's a unique Reaction Roll for determining that crucial first impression. Roll 2d6:

02: Horrible impression. The master rejects the PC and will never change his or her mind.
03-05: Bad impression. The master rejects the PC, but may be amenable to convincing. Will bribes work? Offers of utter obeisance?
06-08: Neutral. Master accepts the PC as a student under the standard terms and harbors no strong feelings -- yet.
09-10: Positive. Master accepts the PC and gives a 10% discount on the fee.
11: Very positive. Master takes a liking to the PC and gives both a 10% discount and such efficient training that a week can be shaved off the total time.
12: Simpatico! The master takes the PC under his or her wing, shaves a week off the training time, and doesn't charge anything.

Modifiers to the above roll can come from charisma or the PC's primary ability score. (After all, a fighter may not need to charm the pants off a prospective master -- but instead display his or her mettle by performing some impressive feats of strength!)

In my earlier post, I estimated that the training should take L+1d4 weeks (where L is the character's current level). Let me amend that to cap it at 8 weeks maximum. Then, before doing any of the other things listed in the earlier post, we step through each week by rolling 1d100 once per week on the big Training Event Table...

01-40: Nothing major happens. Good progress with training this week.
41-48: Personality clash between PC and mentor; add 1 week to total required training time.
49-56: Setback in training. PC just can't figure out something important. Add 1 week to total training time.
57-70: PC makes a key breakthrough on a difficult technique; subtract 1 week from total training time.
71-75: PC accidentally witnesses the mentor doing something VERY contrary to his or her stated alignment. Training will go on swimmingly if nobody speaks of it....
76-83: Another student (see below) befriends the PC and may be a valuable ally or contact later on.
84-91: Another student (see below) pulls a prank on the PC. It's intended as good-natured fun, but let the PC react first!
92-99: Another student (see below) takes a disliking to the PC. You've got a rival now, whether you wanted one or not!
00: During a particularly difficult training exercise, the master keels over with a massive heart attack and dies. Training is cut short!

There are obviously many more things that could happen (wandering monsters barging in, intrigue involving the master's rivals, and so on) but the goal is to keep this mini-game reasonably MINI in scope. :-)

When the table calls for another student, one can be generated with a few additional rolls (which DMs should probably have ready beforehand). First randomly determine that student's gender and name, then roll for their experience level (a number between 1 and N-1, where N is the master's current level). Then roll 1d10...

1-3: Similar age and motivation level as the PC.
4-5: Diametric opposite of the PC's personality (without being too far away in alignment, since the master trains you both).
6: Laid-back slacker. Not that into the training; parents paid for it.
7: Machiavellian schemer. Always trying to anticipate how to be the best at the next task.
8: Over-achiever/butt-kisser. Seems to always do better than the PC without trying.
9: Very talented student, but bad self-image (defeatist).
10: Hopeless klutz; will soon be kicked out by the mentor.

Finally, items 3-6 and 8 in the list in the original training post let you know how the whole thing wraps up in the end.