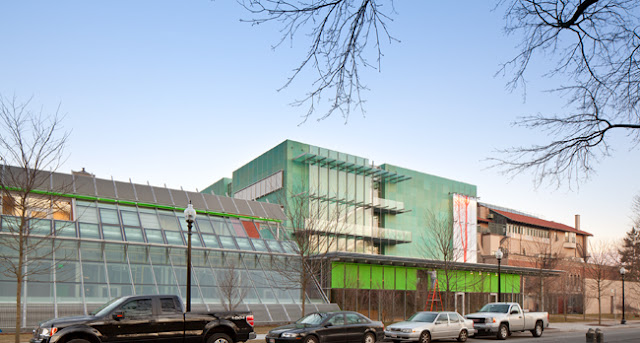 Renzo Piano’s addition to the Isabella Stewart Gardner Museum with the original Venetian-style palazzo on the right.Isabella Stewart Gardner was one of the great patrons of the arts in the early 20th century and  counted the artists James McNeill Whistler and John Singer Sargent and the writer Henry James among her friends. Because she disliked the dark, cold, institutional spaces typical of the American museums of her day (the Boston Museum of Fine Arts, for example — a short walk from the Gardner), she designed her home/museum to look like a 15th-century Venetian-style palazzo with three stories of galleries around a central courtyard filled with flowers. 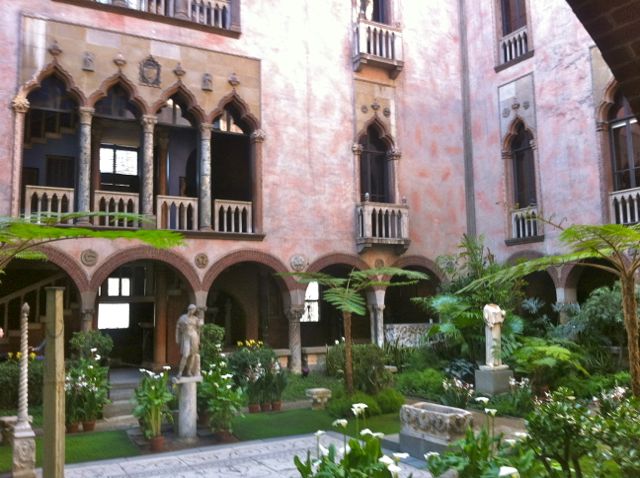 Courtyard of the Gardner Museum Palazzo.When she died in 1924, she left the museum a one-million-dollar endowment (a huge amount in those days) with the stipulation that everything be permanently exhibited the way she left it, including the garden. If her wishes were not honored, the property and collection were to be sold, and the money given to Harvard University. Titian, The Rape of Europa, 1559-1562, oil on canvas, 73 x 81 inches (Isabella Stewart Gardner Museum).The Gardner Museum is a magical place to look at art, and the collection is one of the greatest in the country. Among the well-known works in the collection is Titian’s The Rape of Europa, John Singer Sargent’s El Jaleo, Fra Angelico’s Death and Assumption of the Virgin, Rembrandt’s Self-Portrait, Aged 23, and Piero della Francesca’s Hercules. Unfortunately the museum has become most famous for a robbery that took place in 1990 when work by Vermeer, Rembrandt (three paintings), Degas (five drawings) and Manet was stolen and never recovered. Several empty frames hang in the Dutch Room gallery awaiting the return of the missing works.
I haven't been to the Gardner in fifteen or twenty years. I tried going a couple of years ago, but the line was so long I gave up. I was more determined this time (and the line wasn’t long for some reason) because I wanted to see the new $114-million, 70,000-square-foot new wing designed by Renzo Piano. In addition to the amenities people have come to expect with museums — coat checks, ample bathrooms, a gift shop, and a place to eat (this one with the risible name “Café G.”) — 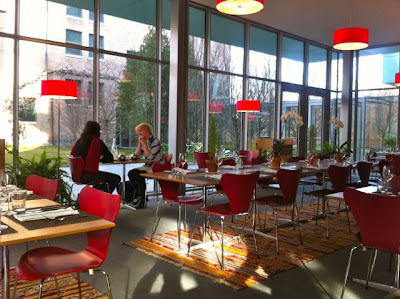 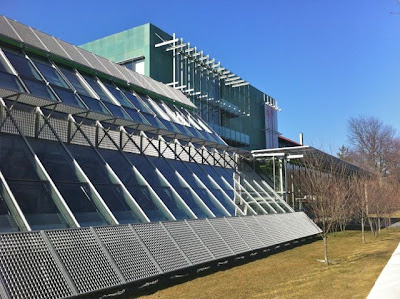 Exterior of Renzo Piano's Gardner Museum greenhouse.Critics have universally acclaimed the addition as "chivalrous," "respectful," "a kind of homage to the old," and said it "honors and complements" the museum. Piano himself said “our decision was not to compete at all.” And even Jed Perl, who opposed the expansion, referred to it as “obsequiously deferential.”
Am I crazy?  How could they possibly claim the Piano addition was any of these things? This factory-modern addition is an aggressive, obnoxious assault that's bigger, brighter and flashier than the buff-colored Venetian palazzo which it overwhelms. While I’m glad the buildings are different — it's good to differentiate the new from the old — why does the distinction have to be this drastic? The whole effect is jarring and discordant. 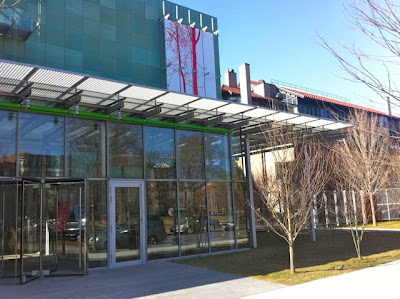 The new (and only) entrance to the Gardner Museum. Here's an example of what I mean. The original entrance was right across from Frederick Law Olmsted’s beautiful park the Fenway, and you entered into a small entry-room in the palazzo and then walked into the beautiful courtyard. Now the entrance has been re-oriented to Evans Way, a side street to the east; you have to go through Piano's glitzy, somewhat corporate space in order to enter the palazzo through a glass tunnel (see photo below). It's a very different experience — fun and flamboyant maybe, but it subverts the genteel intimacy of the Venetian palazzo. 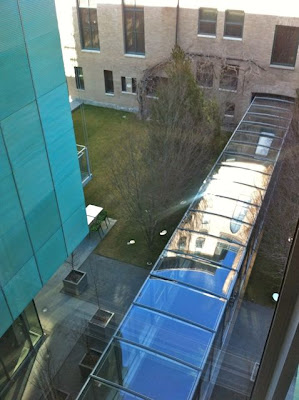 Glass tunnel entrance from the new addition to the palazzo.And are the new amenities and functions really necessary anyway? Museum director Anne Hawley said "The greatest argument for expanding the museum was to move misappropriated programs into purpose-built spaces, so we can ensure the restoration and conservation of the historic museum spaces." But the ONLY thing the expansion did in that respect was move concerts out of the Gardner’s tapestry room, which for decades had hosted them and other events, allowing the tile floor to be cleaned. Couldn’t they have closed the gallery for a period to clean the floor and do whatever else they had to do, and continue with the concerts in the original, eccentric, beautiful space when they were finished? Or not have concerts?
They already have an off-site greenhouse that actually grows the plants; this new one is purely for show. And while it might be nice to have a comfortable and pleasant restaurant and "living room" for R and R, are they really needed? And why do they feel it's necessary and appropriate to show contemporary art?
More important, what are their priorities? I know it's easier to raise money for buildings than for conservation or maintenance, but there is terrible water damage staining the walls from the corroding the metal work, 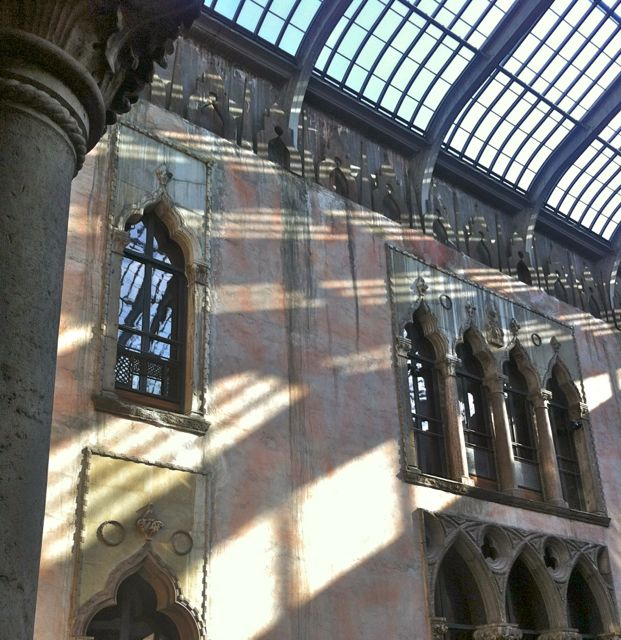 Water damage from the rusted skylights. and their signature painting, Titian's Rape of Europa (considered one of the best paintings in the USA), is badly in need of a cleaning, as are many other paintings. New and better lighting is needed. I know it’s been a long time, but I remember the Gardner as being filled with light. The galleries are much darker now, unpleasantly so — and I went on a very bright day. I think they must have added a scrim over the windows to protect the art; but if you need to do that, you also need to invest in proper lighting.
There's a bigger issue at work here: often the priorities of museum professionals and the original benefactors are different. Professionals want to “grow” the museum by adding impressive new spaces, adopting new purposes for its mission, increasing attendance and membership, raising money — these are the things that advance their careers.  But places like the Gardner, the Frick and, until recently, the unfortunate Barnes, aren't suitable for this kind of growth, and it almost always detracts from the original experience. The people who built the collections weren’t interested in "growing the museum." Their passion was for the art.

This is the first of three posts on new museum developments. My next post will be on the new Americas Wing of the Boston Museum of Fine Arts.