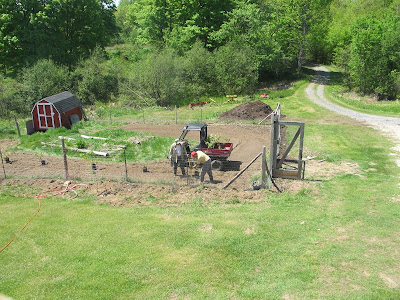 Kevin and Jim got the wine grapes planted this morning! Which was a huge accomplishment. All of our Chardonnay, Riesling, and Merlot vines are in the ground and watered. They are doing well right now, so hopefully they continue to do well throughout this summer. 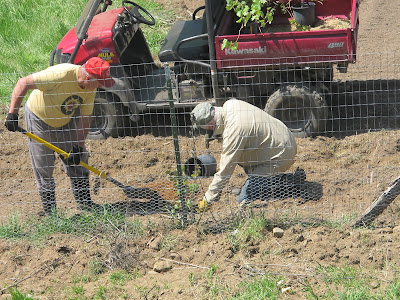 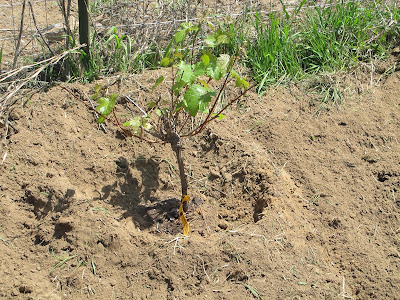 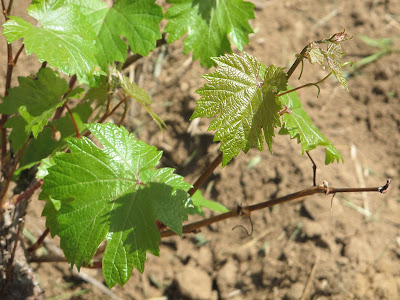 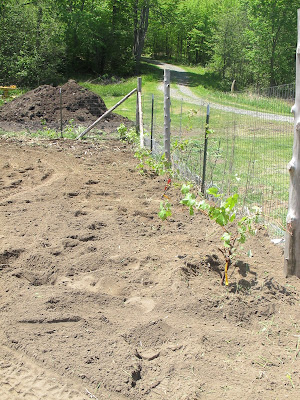 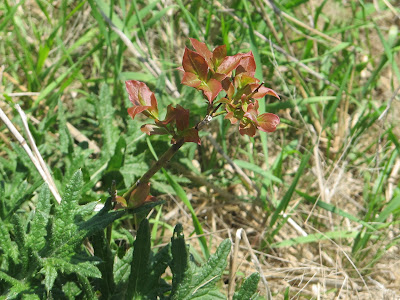 We were also very happy to see that some of our blueberries have made it... several in fact... they are still quite small but they are growing. We thought we had lost them all, so it was pretty exciting to find out some of them had survived.
After they got the grape vines planted, the guys got the oil changed in the mule and tractor and also did all the needed repair work on the machines, which was pretty much the end of the farm work projects left.
I worked for a while in the camper. We've been packing for a while now and putting things away as we go. It's easy to fill the camper up with stuff, but then securing it so it doesn't all get smashed to pieces is a whole other chore. Plus packing for multiple seasons... I've been caught without a hat or mittens before up North and I won't ever let that happen again!  Now that Kevin is done with most of his farm chore list, he can also focus on the camper - getting things installed and fixed. 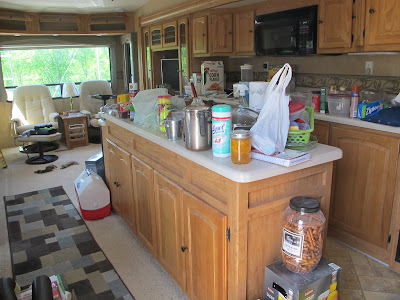 It kind of looks like a bomb went off in there right now as we've been putting stuff in the camper just to get it out there - and then putting it away as we go. 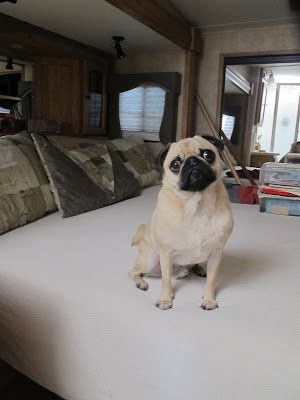 Douglas took some time out to rest 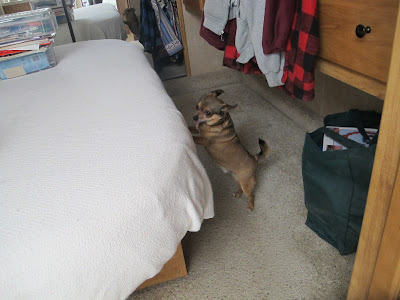 Norman says "I'm ganna get up there too" 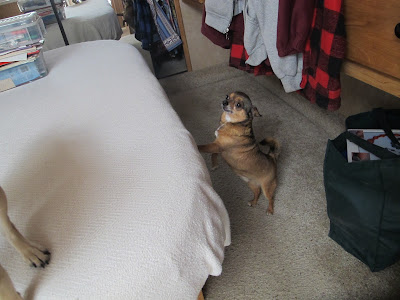 Doug, come on, help me up 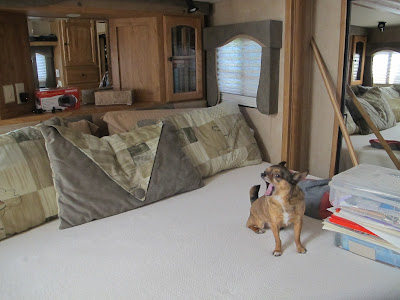 after he got up there, he felt pretty tired and thought maybe a nap was in order 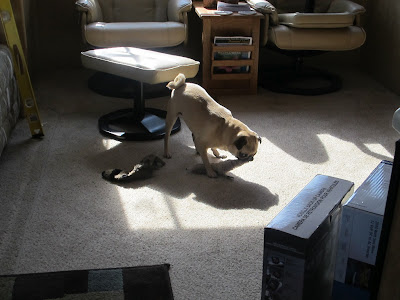 Douglas found that some of his toys that had went missing from the house, were in the camper! I've been slowly moving them out - leaving only his two favorites in the house, so we won't forget them... 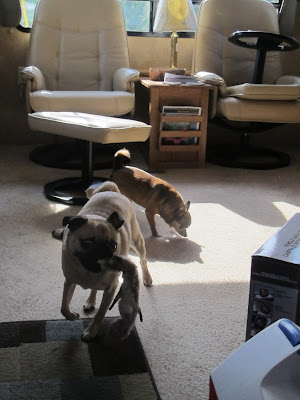 I've been looking for this! 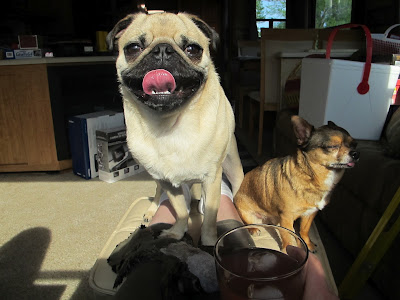 The three of us decided to all take a break 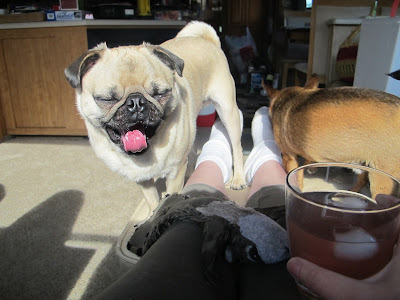 all this packing really wears you out 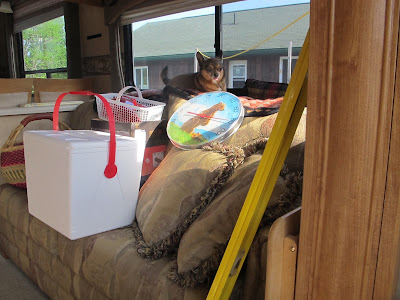 As I figured he would, when we bought this 5th wheel, Norman likes to sleep on top of the couch... I put our (mine and Norman's) favorite blanket up there for the trip. Norman climbed over all the stuff that's piled up on the couch to get comfortable... 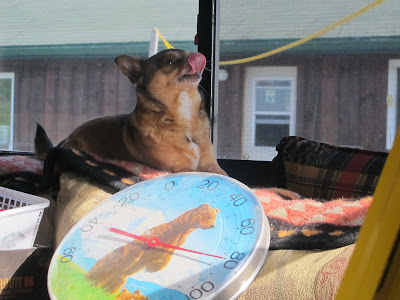 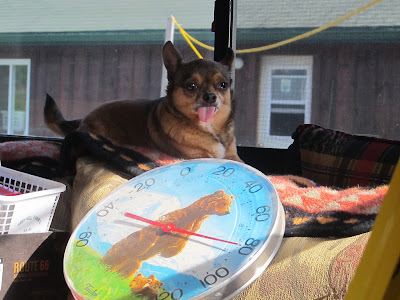 He's pretty worn out... he's been following me back and forth from the house to the 5th wheel a hundred times a day. It's exhausting. He's ready for us to finish up all this packing stuff and just hit the road!