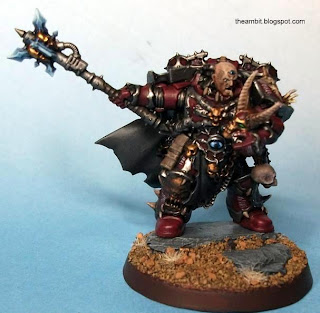 I finished my Dark Apostle today and I'll never paint a Word Bearer again!  No painting reason, it was actually really fun to paint this model the legion just fits a very specific fluff portion of my army and I'll never have need of another with their current codex.  I'm actally a bit bummed out that he won't see the table much.  Anyway painting this guy!  I think this model is perfect for a Nurgle worshiping Word Bearer dark apostle.  The mace, the bald head, the shoulder plate, censors just everything fits what I would want the model to look like.  Those dark vengeance models are just sweet, sadly I didn't have much use for most of them so my buddy has them all now. 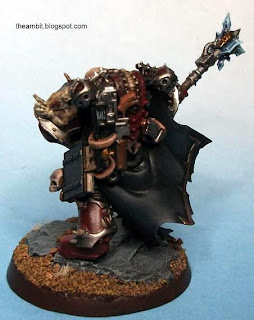 I added a book to his hip as a Book of Lorgar which no self respective word bearer would leave home without. 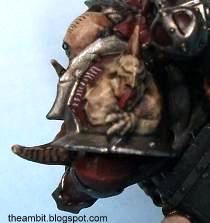 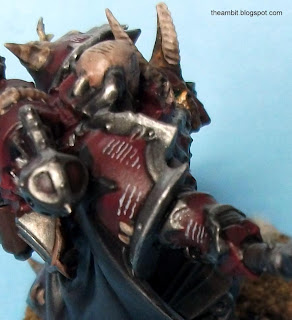 To really complete the word bearer feel I added scripture across his armour, his bolter and his scalp.  Who knows what dark pacts he cemented with these words?! 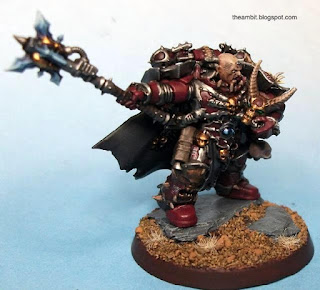 Kor Ikthon, Dark Apostle
The dark apostle Kor Ikthon was instrumental in creating the Nurgle cults on Bruj Secundus and lead his cult followers in battle during the initial ambush against the Raven Guard on Occulum. After blooding the population of Bruj Secundus and sealing their fate, Kor Ikthon translated out of system to further his own goals leaving the Fists to their own devices. Shown here, the daemon infused power armour worn by Ikthon has been imbued with lesser beings through rites of binding. The Book of Lorgar is carried at his side, its words capable of turning entire planets to his whim. Sacred texts have been inscribed on both armour and flesh offering wards and boons to their bearer.