Meet Up With A Fellow Blogger In Perth And New Murals

On Tuesday 10th, I went into the city to meet up with Iris, a lovely German lady, who blogs in English at Half or one Ten without Ham.
We met via Grace's Perth blog which we both follow. By coincidence once I noticed a comment from someone from Braunschweig, a city where we had lived 25 years ago, and it was then that I started following her blog.
It's the second time we meet, having first met Iris and Ingo when they visited Perth in November 2013 to get married. We actually celebrate our wedding anniversaries on the same day - Nov 30th!

I had a couple of hours before going to work in the afternoon shift, so we went for a walk to Northbridge (just north of the city centre) where I showed her a couple of the street art murals painted during the Form festival in April 2014 and later we enjoyed iced coffee and iced chocolate before I rushed off to work. 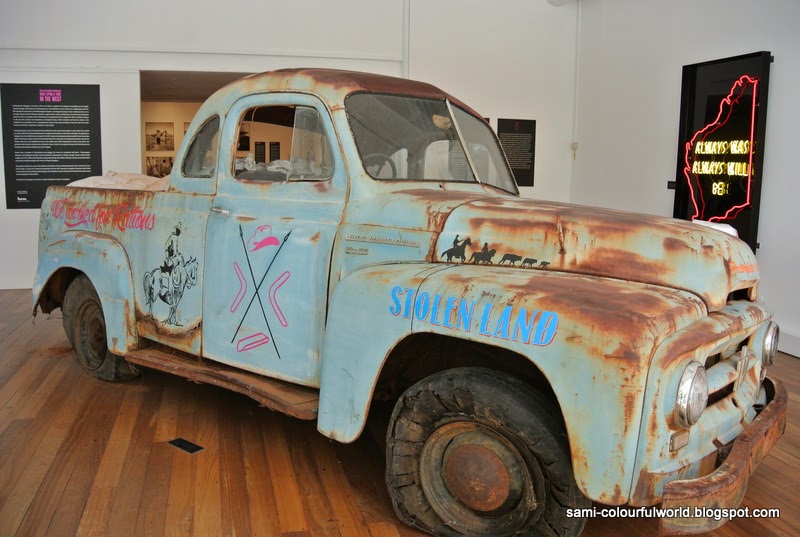 At the FORM office in Murray Street, this rusted van was on showAt the Central TAFE (technical college) in Northbridge these two murals stand out, the first one from Pixel Pancho, but I have no idea who painted the second one. 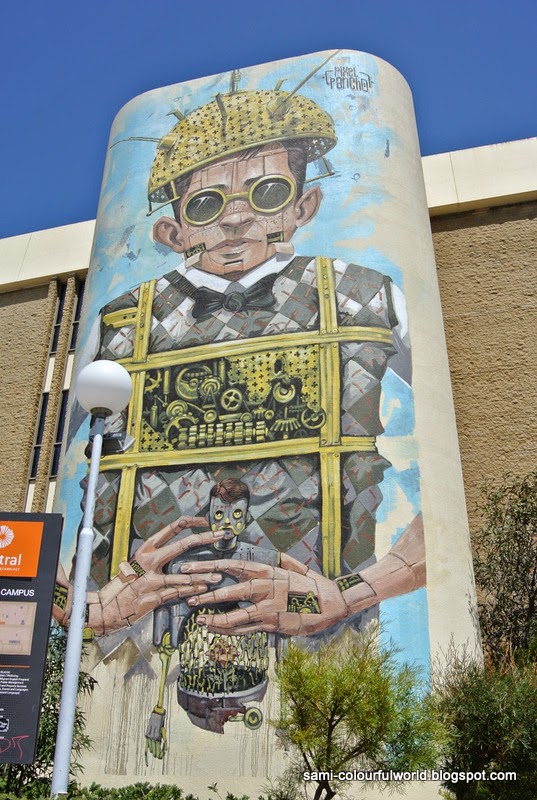 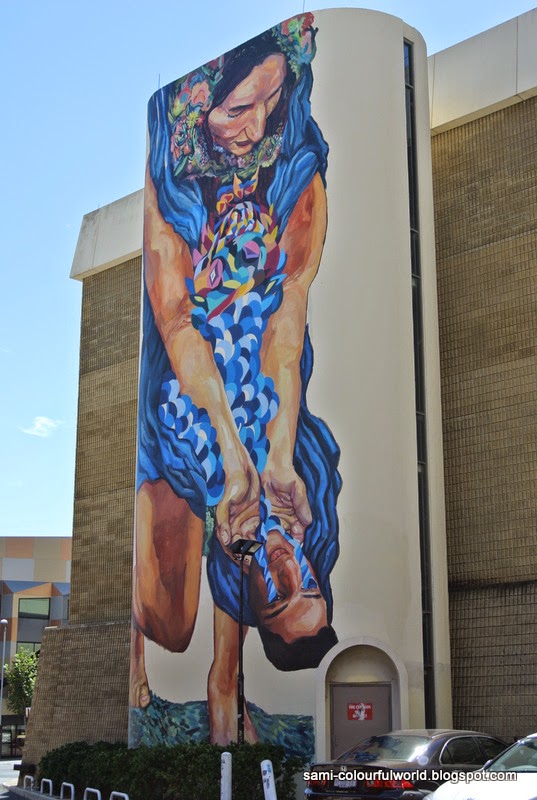 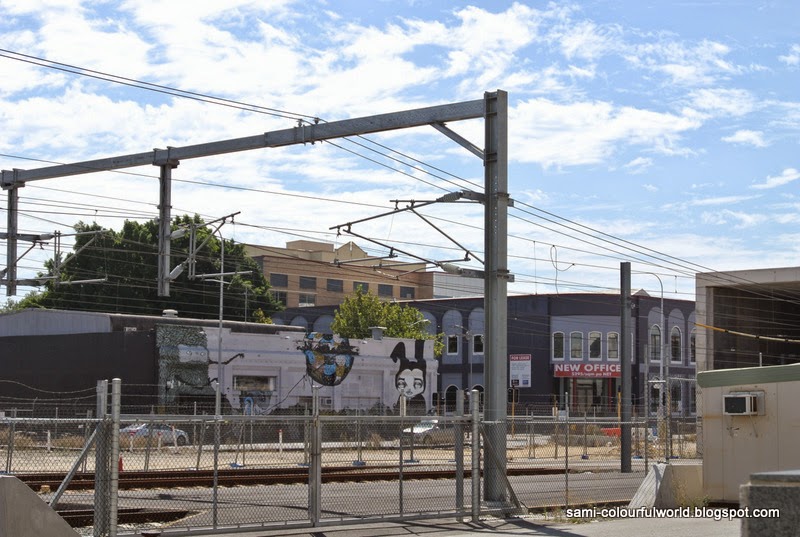 Across from the Northbridge railway line there are some smaller murals. On the right there is a Stormie Mills character. 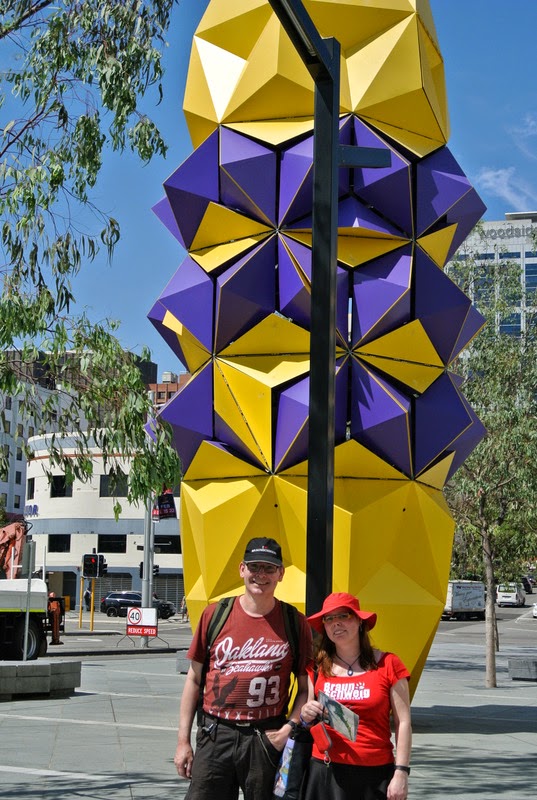 Ingo and Iris by the "Pineapple" at the Perth ArenaWe will meet up again on Sunday to watch the "Gentle Giants" who are putting on a show honouring the Anzacs on the centenary celebrations, from Friday to Sunday.