M Is For Man Of La Mancha

Sub-title: "I was a Teenage Carrasco."
Man of La Mancha has been a popular Broadway musical since before I was born, and it was based (in part) on a novel that turns 400 this very year. 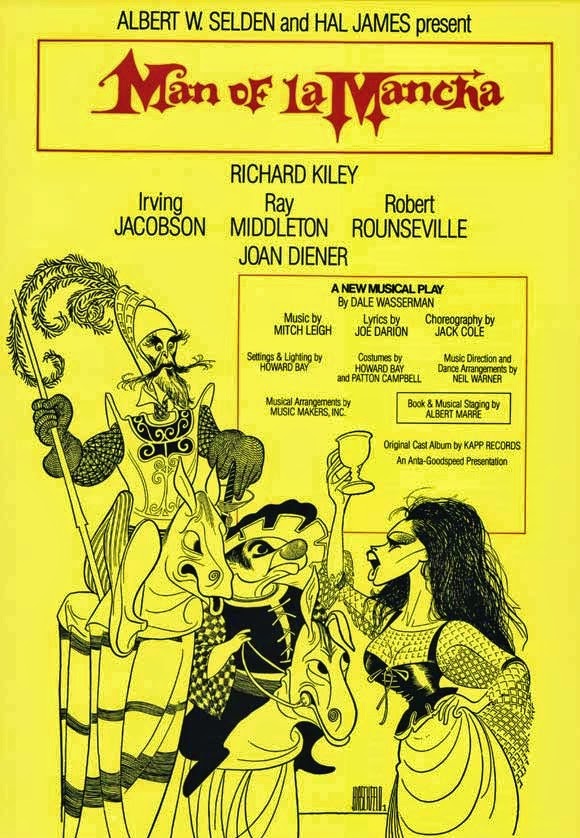 You might be wondering where the manifesto is, here.  It's not the play.  I'd like to make the case that its most famous song, The Impossible Dream, contains lyrics worthy of nailing up on a church doorway.

To right the unrightable wrong
To love pure and chaste from afar
To try when your arms are too weary
To reach the unreachable star
The original story of Don Quixote was often slapstick and sometimes a bit cruel.  However, playwright Dale Wasserman's take on the conjoined lives of Miguel Cervantes and his fictional knight became something sublime.  The play contrasts the lives of two people: one successful and "sane" -- but cynical and selfish -- and the other "insane" but also kind, magnanimous, and super-inspiring to those around him.  Who's to say that the first one has more of a right to make his way in the world than the second one?

The second one, Don Quixote himself, sings The Impossible Dream as an encapsulation of his chivalric quest.  The repeated impossibilities in the lyrics make it seem he already knows that his worldview is out of step with everyone else's.  He doesn't care.

To fight for the right
Without question or pause
To be willing to march into Hell
For a heavenly cause
For people my age, and a bit older, this song a bit of an old cliché.  We heard the likes of Robert Goulet and Jim Nabors belt it out on TV shows, after all.  But it was the 60s, and unrealistic idealism was in the air.  I wonder if the sky-high hopes of the Space Race were an inspiration for the lyricists.  This song was also was my first peek through some narrow cracks in a completely rationalist point of view.

I was first introduced to Man of La Mancha in a high school English class.  Our teacher (who was something of a 60s throwback himself) gave us all copies of the script, assigned each kid to a role, and had us read it.  When the script called for the songs, the teacher played them from a vinyl record of the original cast recording -- so we wouldn't embarrass ourselves trying to sing.

I was a bit upset with this whole situation at first, since I was type-cast (ever the science geek) as the rationalist villain of the story, Dr. Sanson Carrasco.  But, if you're familiar with the play, you'll know what I mean when I say this was a mirror that I needed to be faced with. 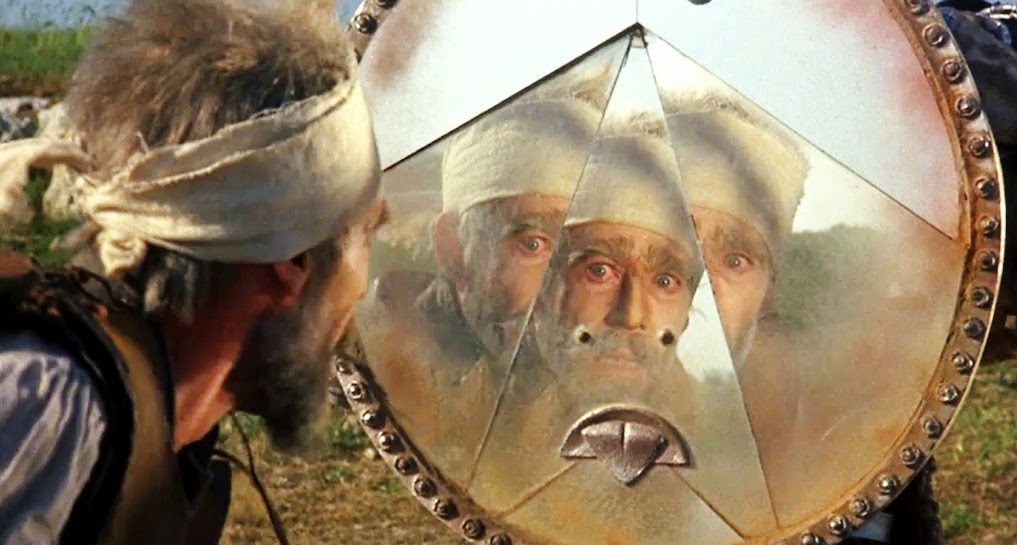 I'm not sure if I live my life up to the ideals of this song, but I strive, I strive.

And the world will be better for this
That one man, scorned and covered with scars
Still strove with his last ounce of courage
To reach the unreachable star!