Iranian MPs Want To Ban Dogs For Being "unclean"

From Al Arabiya:
Dogs are “unclean” and should be banned from society. That is what 39 Iranian legislators have proposed to the country’s 290-member parliament, known as the Majlis.

Iran’s official Islamic Republic News Agency (IRNA) reported that the parliamentarians suggesting the ban on dogs and other pets deemed as “unclean” want the proposed statute to be part the country’s general Islamic law.

If the law passes, dog owners will be banned from taking their pets out into public spaces and into vehicles. First-time offenders will be fined five million riyals (approximately $4800); they will be given 10 days to get rid of the dog. If they fail to do so, health authorities will be called in to take the dog away from its owner. It is unclear what would be done to the dog.

The health ministry has been asked to enforce the rules, as have city councils around the Islamic republic as well as the parliament’s culture committee, according to IRNA.

The 39 MPs say that other than canines being “unclean,” keeping dogs as pets goes against Iranian values. The practice, they said indicated the influence of Western culture.
Which of these creatures looks cleaner? 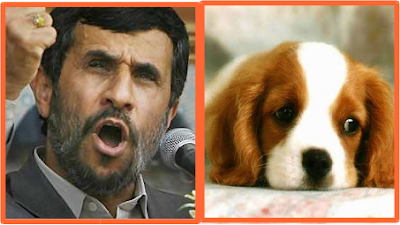 UPDATE: Challah Hu Akbar points us to this relevant photo: 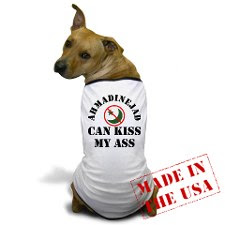