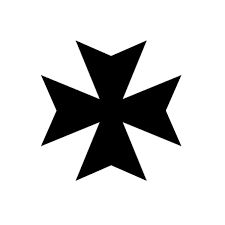 I would like to make a terminator librarian with a storm shield for my Emerald Fists and wanted to use a Black Templar shield from forge world.  I wrote this fluff piece to justify the exchange.

Despite grievous losses during the Schism which prevented participation, the Emerald Fists were in observance during the 815th Feast of Blades. Early in the proceedings Sword Brethren Ermhart of the Black Templars passed a whispered insult on the spectating Chief Librarian of the Emerald Fists, Jerek Lor. Slighted by the offence, Lor's eyes blazed not with the power of the aether but distilled rage. Lor removed his gauntlet and threw it at Ermhart's feet as he turned to walk away. Ermhart's honour did not allow him to refuse the challenge, and so he knelt to pick up the gauntlet in acceptance. Although not a participant in the Feast, Lor was given opportunity to defend his honour. Lor submitted to a psydampening collar and took his place within The Cage; he would not let the Templar claim that the warp had granted his resolve. Ermhart was a champion representing the Black Templars at the Feast and had the skill with a gladius to prove his place. Lor was centuries old and had honed both his sword arm and mind through innumerable battles. Lor fought not with precision unrestrained fury and absorbed each blow by bashing the broad side of his opponent's gladius away if not with sword than open palm, forearm and or shin. For every exchange Lor landed a deeper riposte. Wound after wound was landed on each combatant, only Dorn's stubbornness keeping them standing. Yet Lor's two hearts beat faster as Ermhart's slowed and within minutes the fight was over; the librarian stood over the immobile sword brethren, both bloody and scarred. Before the end of the Feast, humbled, Ermhart found Lor and the two exchanged fraternal words and clasped wrists. To this day Lor carries Ermhart's storm shield emblazoned with both the Templar's and his own crests while the sword brethren painted his left gauntlet sapphire blue to honour the librarius, forever a sign of respect between the two sons of dorn.