Squad Isandrias is now complete.  Like most marine players I really like terminators.  I think it's solely because they're 'bigger' than normal marines.  If marines were all terminator sized, people would want something even bigger!  The squad is led by the commander cullin model.  Originally I shied away from gold on my Fist models because I didn't want them to be so decorative however I really like how it looks and on this guy decided to trim him up with tons of it! 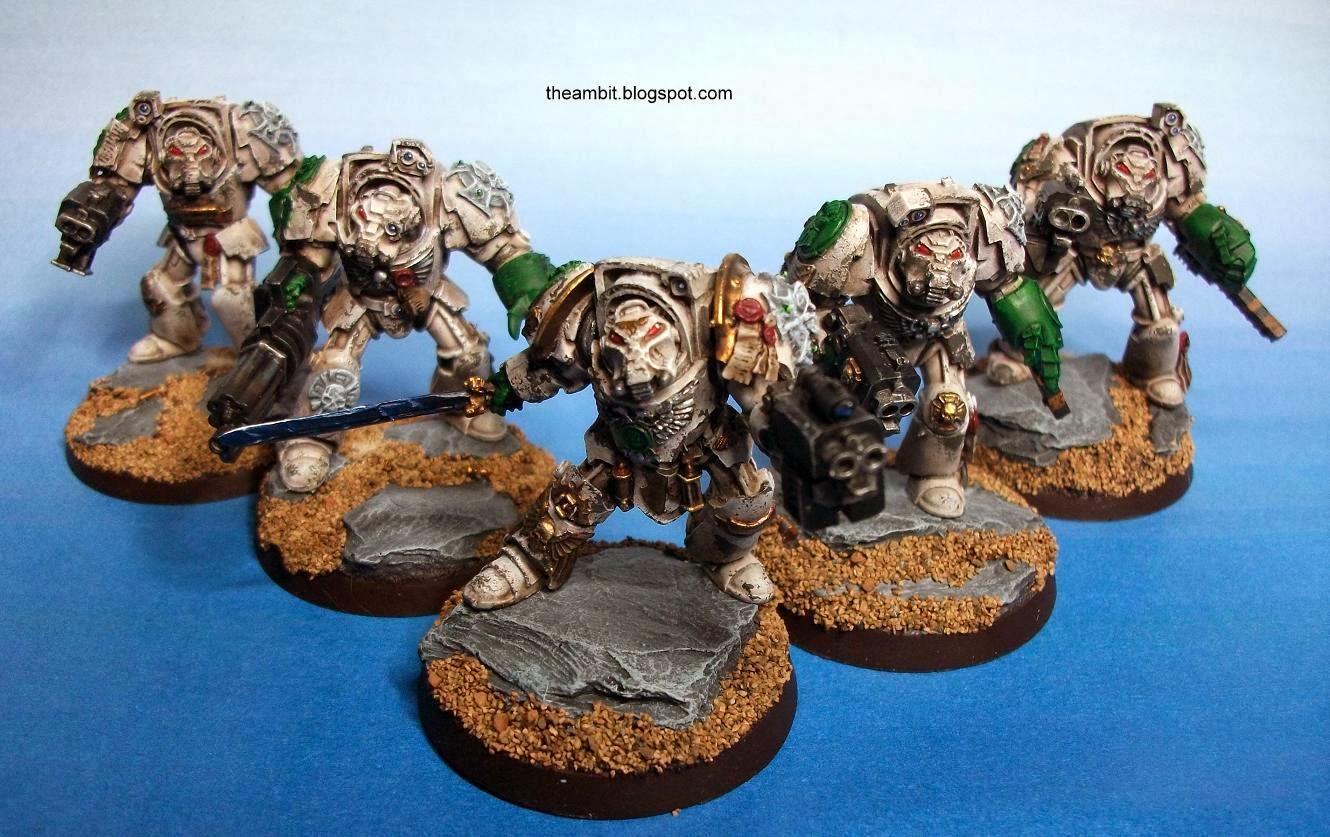 Chain fists work really well against super heavies; like disgustingly well if you can get close.  This squad's sole purpose is to be in a storm raven in apocalypse and earn VPs.  My friend does this too and it hasn't failed yet... 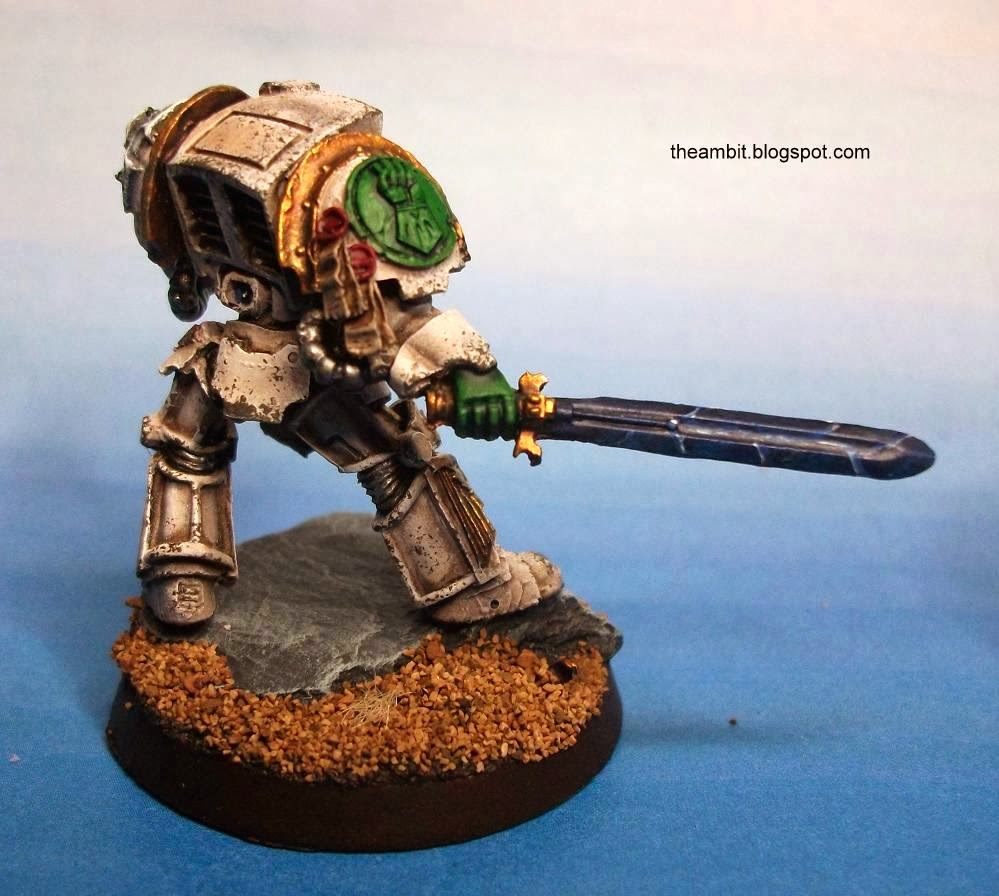 Luckily the model's shoulder pads are a separate bit and it was easy to just use one of the forge world fist pads in its place.  Though I'm pretty certain the original red scorpion ones are a lot larger.  There wasn't too many scorpions to scrape off either.  I think just the one on his storm bolter.  The model is lovely and the integrated lenses in the top of his armour are a real nice touch over the strange protrusions on the regular terminator armour torsos. 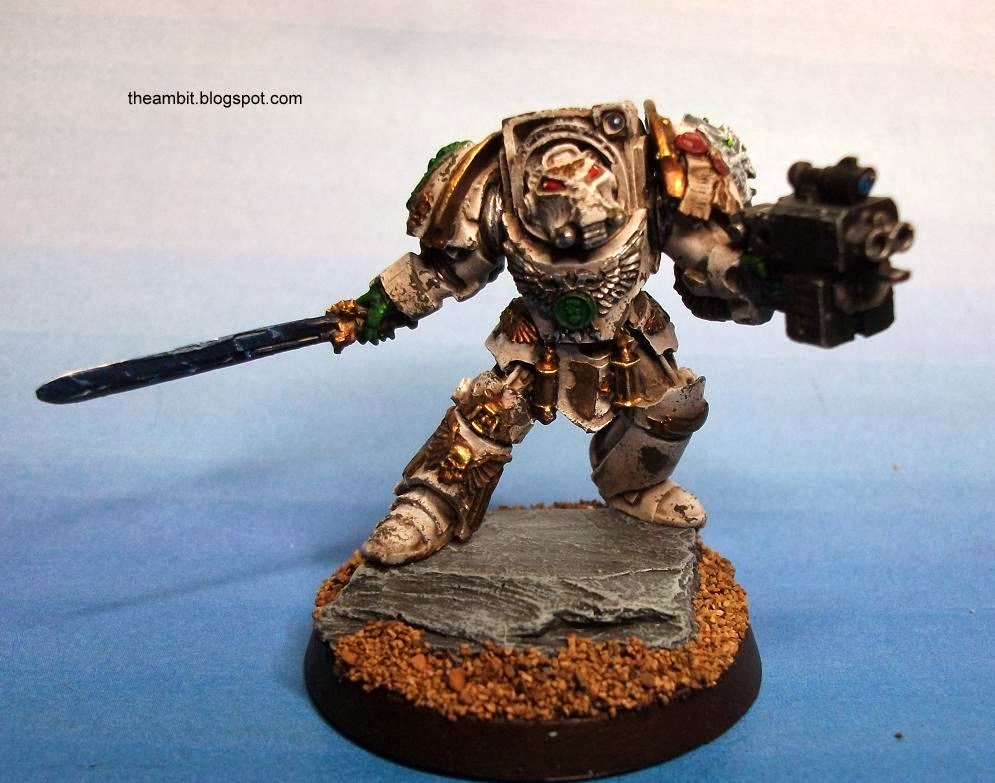 Sergeant Isandrias
A few of these guys have some etched brass on their power fists to break up the smooth green. 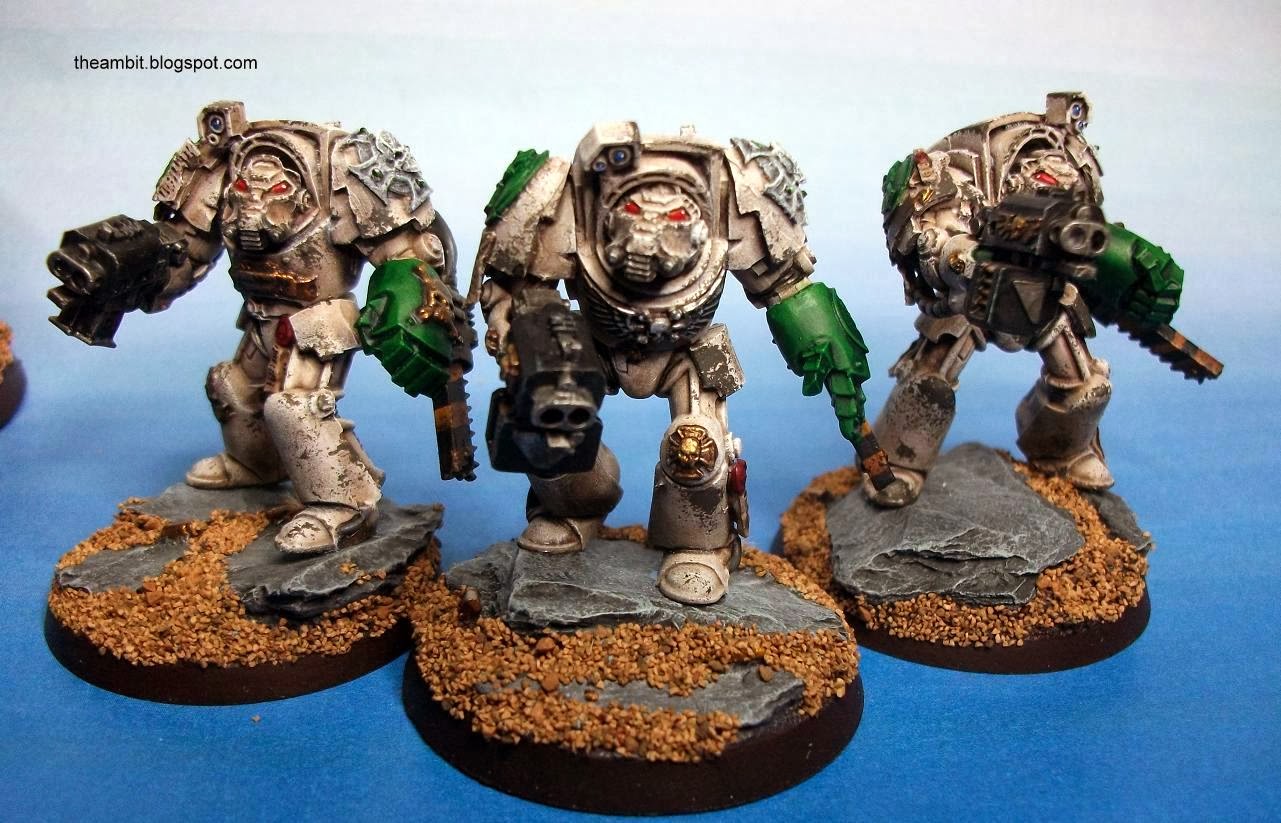