I knew these trays would come in handy, I just knew it.  Well, I knew they were cheap (on clearance at Target for a measly $4 each) so I snapped them up. 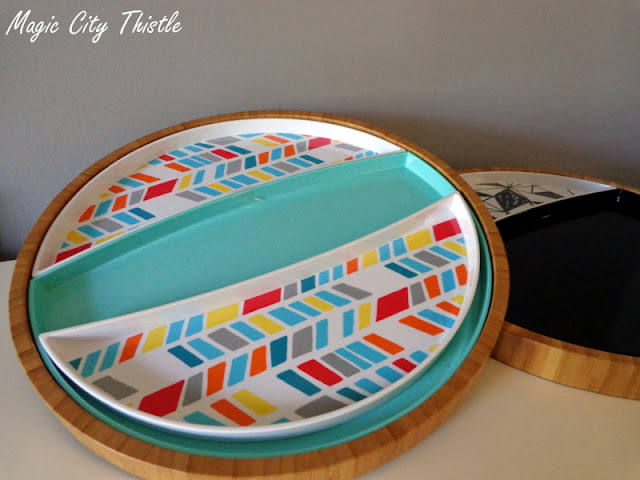 They've been hanging around in a box in the basement ever since then, just waiting for their big transformation.  Oh yes, they knew their time would come.

Now for the plan: I've seen lots of variations of the Captain Mirror.  From Ballard Designs, ringing in at a whopping $449: 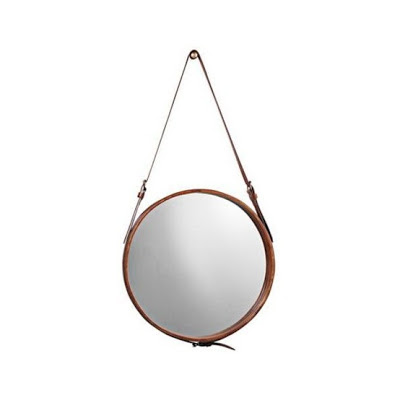 To Horchow at a budget busting $725 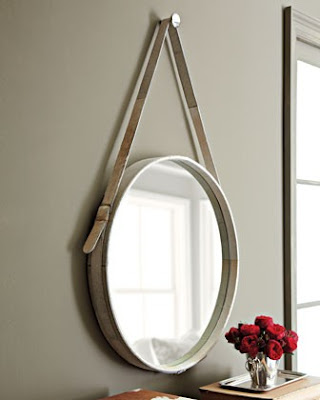 The first thing I needed was a mirror to insert into the center of the tray.  I measured the tray and it was an awkward 13.5" across.  Michaels had a craft mirror at 12" and Hobby Lobby had a candle mirror at 13".  Ideally I would have gone for the 13" to leave as little a gap around the outside as possible but it was so heavy I didn't want to put any extra strain on the straps or bamboo tray (notorious for splitting).
The 12" turned out great, and I kind of like the extra border around the outside.  It was as simple as hot gluing it into the center of the tray.
Now for the straps/belts.  I measured the height of the tray and around the bottom half to make sure the buckles would meet the tray at the right point.  With tape measure in hand I hit up J&J Junk (more on that here) and found these 2 belts for only 50c.  That's right, just 25c each and unbelievably both are real leather (one is even Tommy Hilfiger). 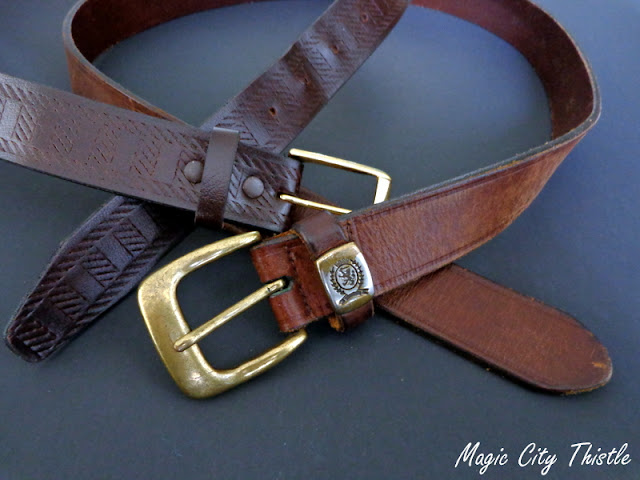 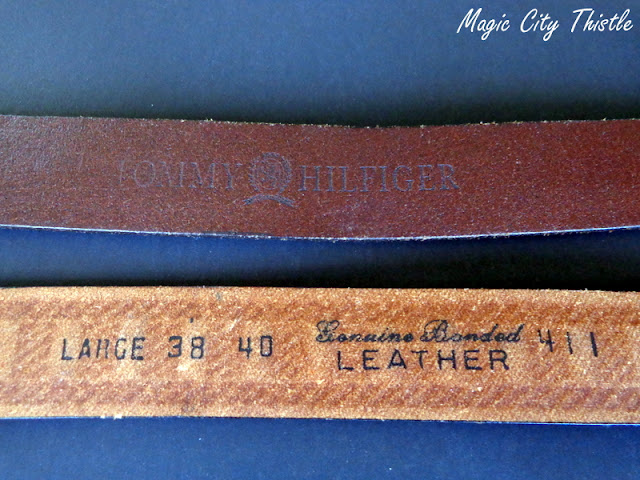 I hot glued one belt around the bottom of the tray, then attached the second belt to loop around the top so the buckles were level on each side.

Here is my version of the Captain Mirror for under $10. 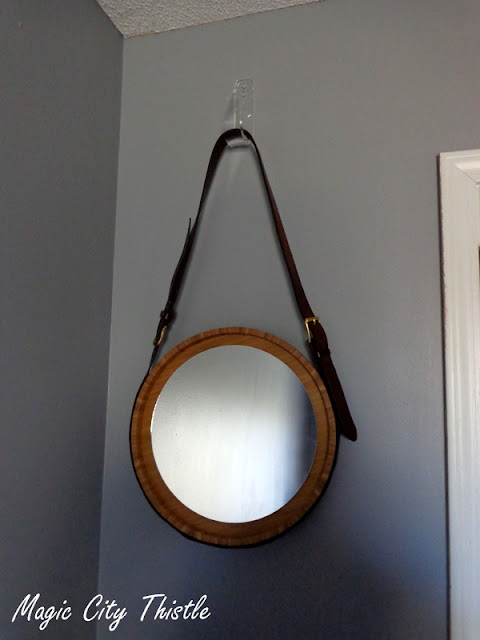 I used a chunky acrylic hook I bought, for I think $1 at a flea mall, to hang the mirror. 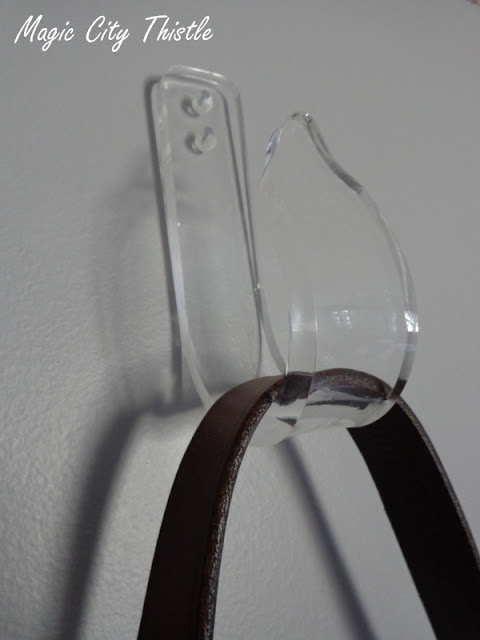 I love how the worn leather belts look. 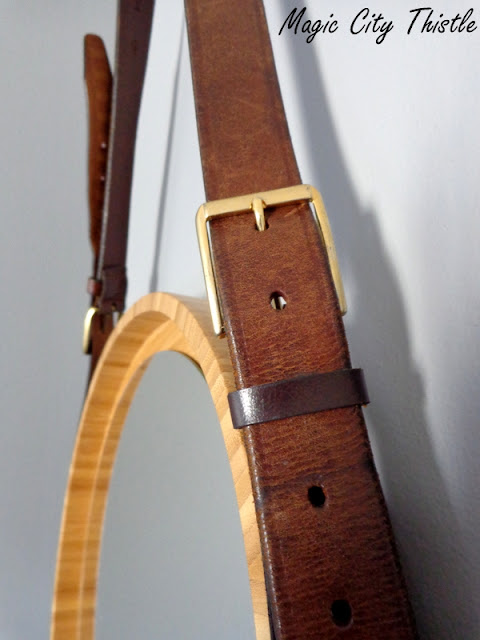 Here's the captain in pride of place in our master. 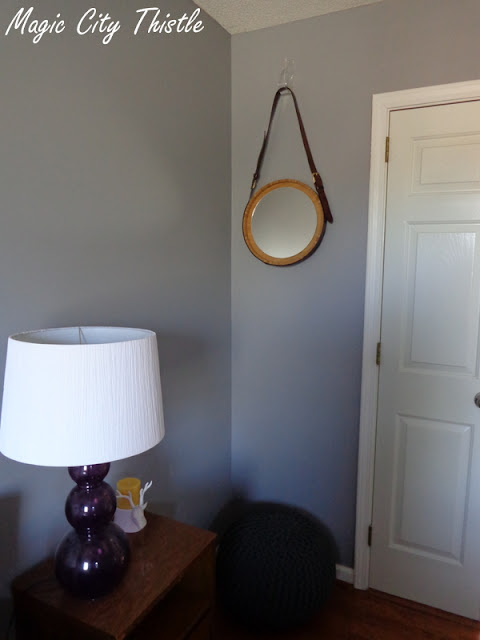