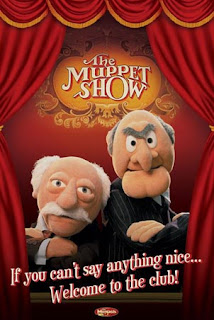 Like dozens (hundreds?) of like-minded old-school gaming bloggers, I took the plunge and signed up for the open playtest for "D&D Next."  Back in January, I registered my skepticism about how difficult the designers' concept for an "edition to rule them all" would be to make work in practice.

And, even though I have some negative criticisms to level against the game, I admit to being pleasantly surprised by the overall feel of the playtest rules.  So, in the hopes that WotC will be scouring the blogs for people who ac-cen-tu-ate the positive, let me offer some feedback of that kind first...
The system is quite stripped down and basic, rules-wise.  I can definitely see how these rules would quickly "get out of the way" and let role-playing happen.  Rob Conley got the vibe that this is retro-clone-like, and I think I agree.  I can imagine that the designers did much the same thing that I did when working on my own thing -- i.e., dig around for the best of what the OSR had to offer and assemble it together around a basic central system.  I'm just hoping they can resist the urge to pile on the bells and whistles (long lists of skills, feats, and creeping bonuses) in the final core rules.  Relegate that stuff to supplements, please!The 2 pages on Social Interactions in the DM's Guidelines were a thing of beauty.  Not only did they give clear options for different styles for both DMs and players (speaking in character, talking out encounters vs. rolling, etc.), but it gave what I think is a nice example of how elegant the d20 "core mechanic" can be: When approaching an NPC to bluff or convince, use that NPC's wisdom or charisma score as the Difficulty Class.  That brings the "scaling" of DCs home for me in a new and intuitive way. Maybe this is an idea as old as 3e, but it's the first time I've seen it.I wasn't the only one to be happy to see the deadly sandboxitude of the Caves of Chaos.  The fact that it has wandering monsters is surely making some heads explode amongst die-hard 4e fans.  The introduction even made an explicit contrast between the sandbox approach and the carefully scaled and balanced nature of 3e and 4e adventures!Magic-users get cantrips.  Clerics get ORISONS.  That's a nice little shout-out to the medieval source concept (from Archbishop Turpin to Friar Tuck), there.These are just first impressions, and I'll edit if I think of others.  The negative comments?  They're coming... don't worry, they're coming...  :-)